The ‘other’ military Britannia 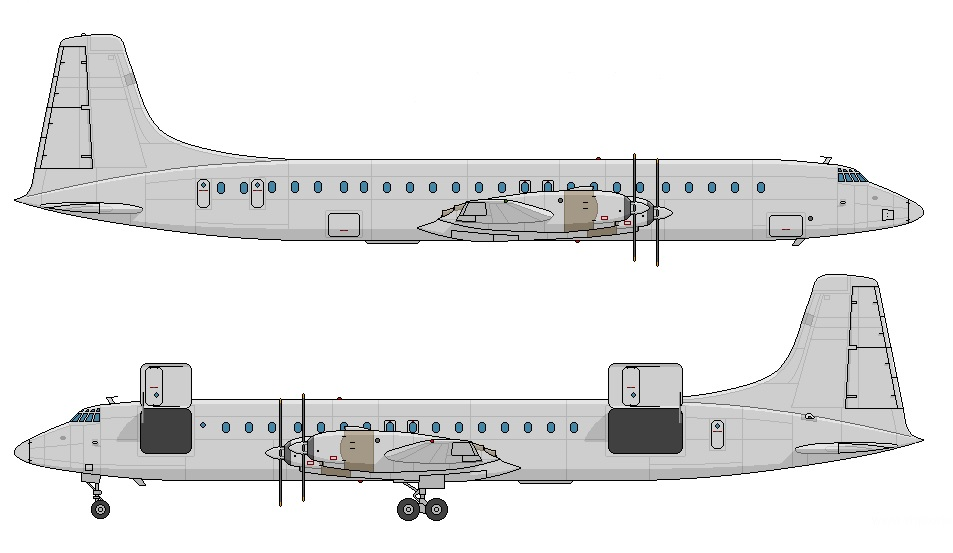 Known by Canadair as the CL-44-6 and by the Royal Canadian Air Force (RCAF) as the CC-106 ‘Yukon’, the history of the aeroplane has its roots in a licence agreement granted to Canadair Limited by the Bristol Aeroplane Company in March 1954 to build both a maritime reconnaissance aircraft and a transport version of the Britannia for the RCAF. Unlike the CL-28 ‘Argus’ maritime patrol aircraft which utilised only some components of the Britannia, the CC-106 Yukon was in effect a lengthened version of the RAF C.Mk1 Series 253 Britannia. In addition to the lengthened fuselage of 12ft 4in; the undercarriage was ‘beefed up’ to permit operations at a higher gross weight; there was an additional and larger freight door incorporated at the rear; the wing was the slightly modified version based on the CL-28 Argus plus amongst other modifications, four additional ‘eyebrow’ cockpit windows  …but the major change was the incorporation of the Rolls Royce Tyne 515/10 turboprop. The RCAF had originally specified the Bristol Orion but due to the discontinued development of this power-plant and the unsuitability of the Proteus, the Tyne was selected as ‘second best’! The Yukon could accommodate 134 troops; or freight up to 29.5 metric tons; or a maximum of 80 stretchered patients in casevac role …or any combination thereof. 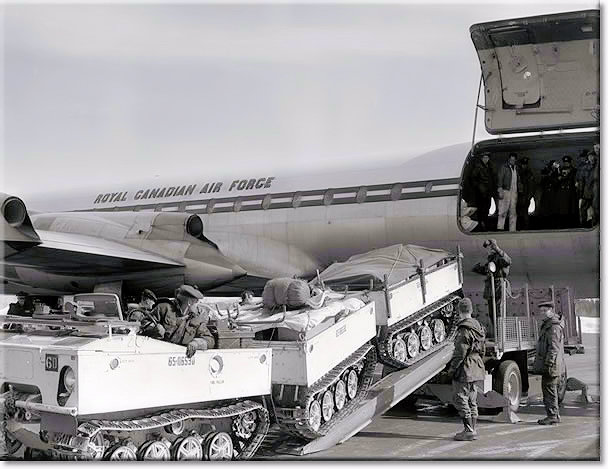 The Yukon first flew on 15 November 1959 but the early test flights were frequently marred by major electrical problems and even more seriously with the integrity of the engine mountings!  A total of twelve Yukons were ordered by the RCAF and the last airframe delivered in 1961. Many deliveries were delayed by the late arrival of Tyne engines from Rolls Royce and incomplete airframes were parked outside the Canadair works where they were frequently and derisively referred  to as ‘Yukon gliders’!

The Yukon was fully assimilated into RCAF service by the end of 1961 enabling the RCAF to retire the remnants of the fleet of C-54GM North Stars – a Canadair built  pressurised  derivative of the C54/DC4 Skymaster with Merlin engines. The Yukons were operated by 437 Squadron RCAF and in the VIP transport role by 412 Squadron. The arrival of the Yukon afforded to Canada the ability to more effectively and efficiently carry out their commitment to NATO in Europe.

In RCAF service, and just like the RAF Britannias, the Yukons achieved an exemplary  safety record …although again, just like the RAF Britannias, they had their share of problems! The aeroplane was renowned for achieving some noteworthy records for both long range and endurance. In December 1961 a CC-106 set a new world record for aircraft in its class by flying non-stop from Tokyo to Trenton, Ontario, a distance of 6,750 miles, in a time of 17hours and 3 minutes at an average speed of 400mph. At a later date another aircraft established a world endurance record by remaining airborne without any inflight-refuelling for 23 hours and 51 minutes. These records remained unbroken until 1975 when they were eclipsed by the new Boeing 747SP (Special Performance).

All Yukons were retired from active service in March 1971 when replaced by the newly acquired RCAF Boeing 707s. The complete fleet of CC-106 Yukons were sold into private ownership and began new lives as CL-44-6 commercial freighters mostly ‘down south’ in Latin America. Sadly, the safety record of the CL-44 suffered during civilian life and alarmingly by the year 2002, some 20 airframes out of a total of 39 built were lost in accidents!