The Bristol Britannia XM496 Preservation Society is run as an ‘Unincorporated Association’ and is non-profit making. As such all our volunteers give freely of their time. If you feel able to help we will be more than pleased to hear from you.

1. Current state of play – Despite the ‘Lockdowns’ caused by Covid 19, as a small group we are still able to continue working and complying with the regulations. The closure of the 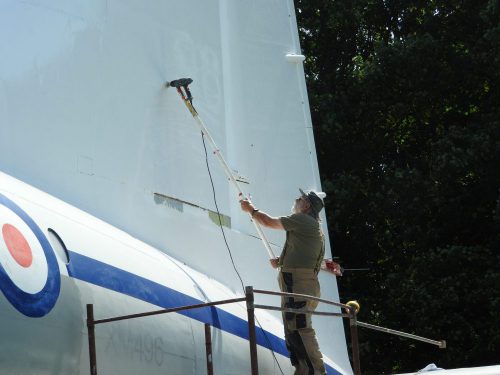 airport and the aeroplane to casual visitors and working only in the open air with a minimum of staff has facilitated this measure. The refurbishment preparation and painting began in earnest in March 2020 with our two stalwarts, namely Jim Brown and Maurice Strong, assisted frequently by other working members. Many months have been spent wielding sanding machines, brushes and rollers. They were only ever thwarted in their endeavours by some high temperatures, high winds and some heavy rains. The plan was to concentrate initially on the main-planes, fuselage, engine nacelles, props and the wheel-bays in that order. This was followed by the cheatline and other less obvious embellishments. It wasn’t all plain sailing, as the upper fuselage and fin was found to be not as well finished as expected and the paint supposedly able to cover old vinyl, proved not to be completely effective and much effort was then expended in removing the old markings by hand. The original estimates for costs had been rather over optimistic but we were able to source Dacrylate paint with free delivery and for tools etc, Screwfix economically provided the answer – a small saving but a saving none-the-less. The final touches were added with the manufacture and application 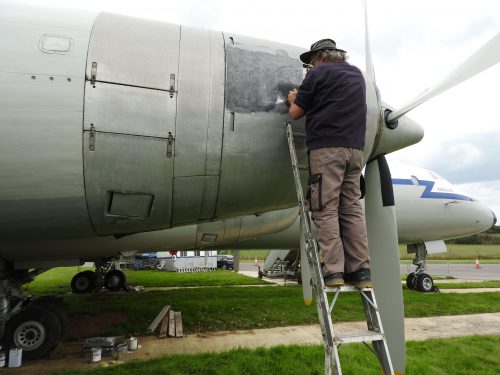 of the vinyl markings manufactured by Octoprint (graphics and lettering), BW Signs (graphics and application) and Print-More (lettering). The vast majority of the work has been purely external and this included making good extensive areas of corrosion, which in some cases required complete replacement of  panelling by Maurice. Some intricate work was also needed to facilitate an easier opening and closing of the front main access door – our thanks to Mick Tilley for his expertise …it sure will help our backs!. Inside, electrical re-wiring enables us now to operate 3 x dehumidifiers and up to 3 x 2000Watt heaters in addition to normal lighting.The instrument panel has also received some attention with the addition of a fabricated 8-Day Clock. Mick, using just MS Word drawing program, ‘drew’ the face of the dial with reference to a photograph from an auction advert of an original clock.The clock body was then made up from the template by using layers of various thicknesses of plastic sheet cut to shape; then ‘stacked’ and painted. The clock ‘glass’ was purchased as a pre-cut perspex disc. A mechanism from a redundant alarm clock was then attached to the back of the clock body so that the hands can be turned. Thin plastic overlays were added to the hands to make them the correct shape and size. Mick is currently 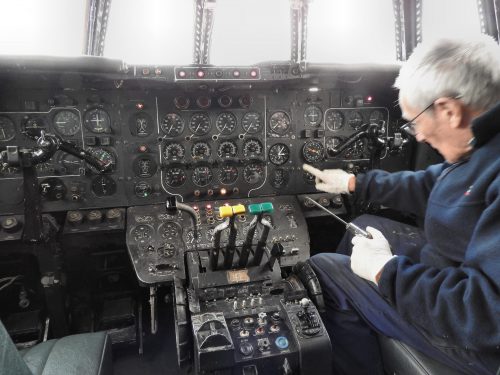 awaiting suitable watch hands from his son (who repairs clocks & watches as a hobby), to complete the clock’s additional dials; i.e. the stopwatch and AM/PM indicator. (See NEWS & UPDATES for further information)

3. The future – Cotswold Airport have been in possession of two English Electric PR9 Canberras and a Hawker Hunter T7 following the demise of the Midair Group and already possessed an ex-Red Arrows Folland Gnat. They have also recently taken over the ownership of ex-British Airways, Boeing 747-436 G-CIVB (in Negus colour scheme) after BA retired their 747 fleet last year. The plan is for this aircraft to become the main focal point of a display of preserved aircraft at Cotswold/Kemble which will include XM496 ‘Regulus’. The closure of Bruntingthorpe prompted the Buccaneer Aviation Group to effect a move of their two Buccaneers to Cotswold Airport last year and if approval is obtained, will see them performing live runs along the main runway. This same group will take ‘under their wing’ the care and maintenance of the ex-Midair fleet and the Gnat. A further addition to the historic aircraft display will be Mark Gregory’s (the CEO of Air Savage International), historic Boeing 727-269 M-FTOH, which is still kept in running order! Furthermore, the British Phantom Aviation Group plan to take up permanent residence and are expected to be parked adjacent to the Britannia. 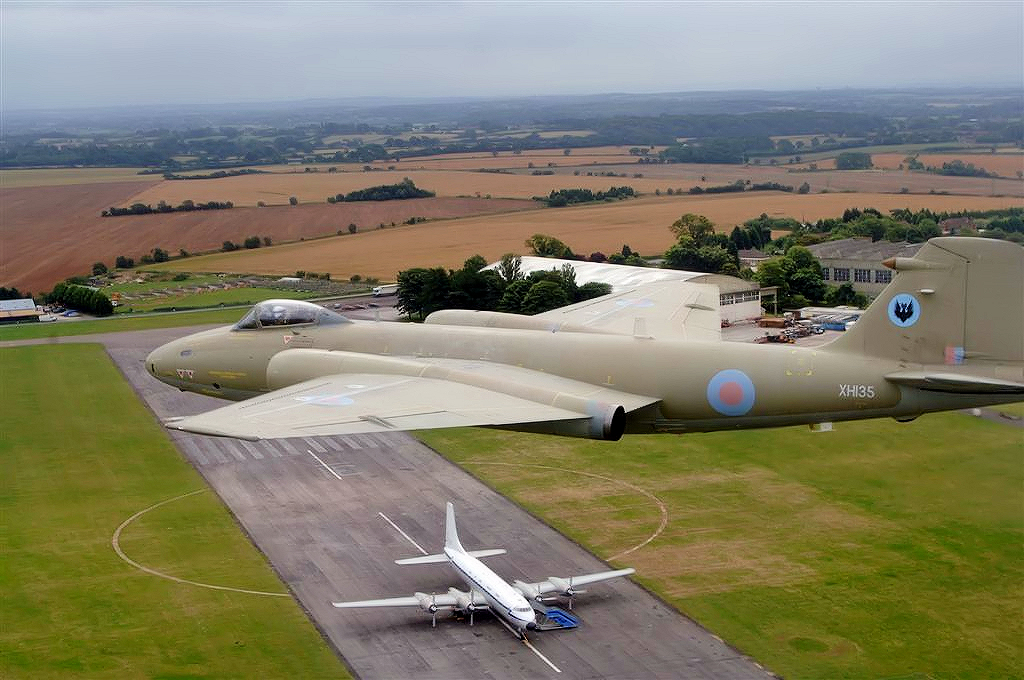 ⇒ WHILST ENGINEERING SKILLS ARE A BONUS THEY ARE NOT ESSENTIAL ⇐

Please contact Jim Brown, Society Secretary using the form below if you wish to join the Society