(above) A Britannia in the Servicing Dock by the late Air Vice-Marshal Norman Hoad CVO, CBE, AFC*, GAvA 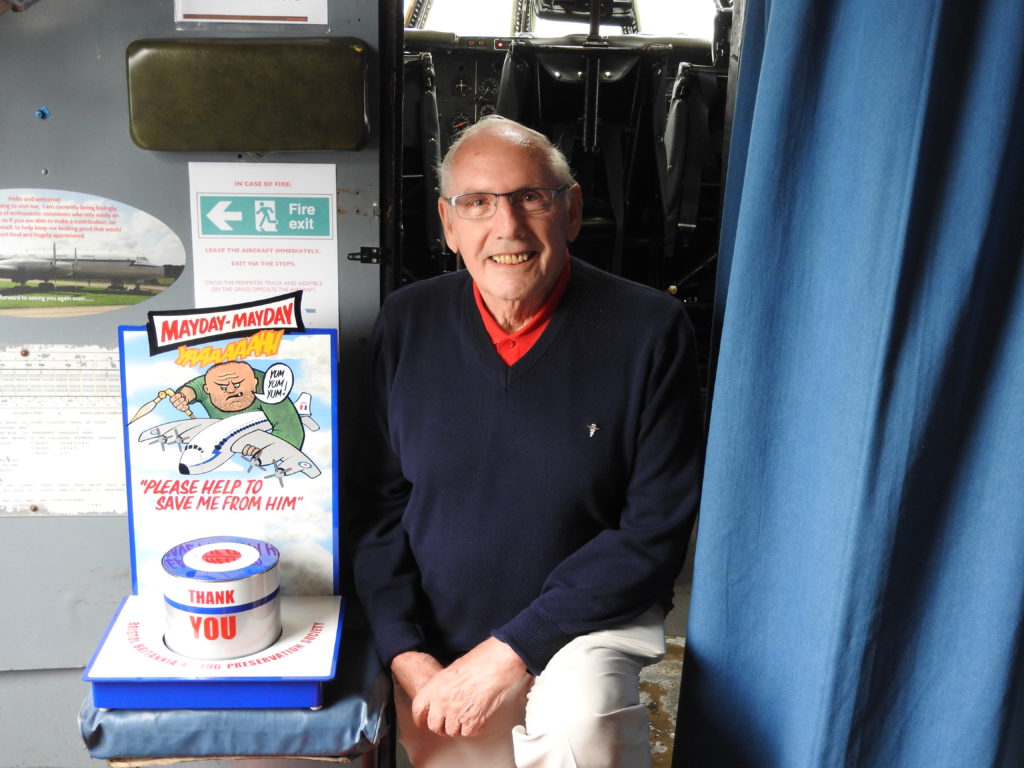 Peter’s original trade in the 50’s was as a professional Signwriter. He served his National Service in the RAF as a medic at RAF Lyneham, where his love of the Bristol Britannia began. Peter’s artistic talent was realised by the Station hierarchy while he was doing his National Service and was seconded from his trade as a medical orderly to being a major artist in the painting of a large map of the world on a wall of the new Operations Building at RAF Lyneham. This map became the focal point for all the flight planning of the operational tasks and is featured in a number of films made of RAF Transport Command and RAF Lyneham. On demobilization he worked in a London Commercial Artwork studio as a Lettering Artist, and went on to become a Studio Manager. In the mid 60’s he was a founding partner of TRP Studio, a full pre-press artwork service to London Advertising Agencies. With the advent of computers in the 80’s Peter retired from the commercial artwork world and returned to Signwriting. His main claim to fame was lettering by hand the names of the Garter Knights from 1349 to 1995 onto the restored oak panelling in St. George’s Hall following the great fire at Windsor Castle in 1992, for which he received a personal accolade from Her Majesty the Queen. Now in his 80’s he has taken up oil painting as a hobby – the beautiful“Whispering Giant” was of course his first attempt at Aviation Art. (See below)

“Regulus Whispering to the Angels” by Peter Outen 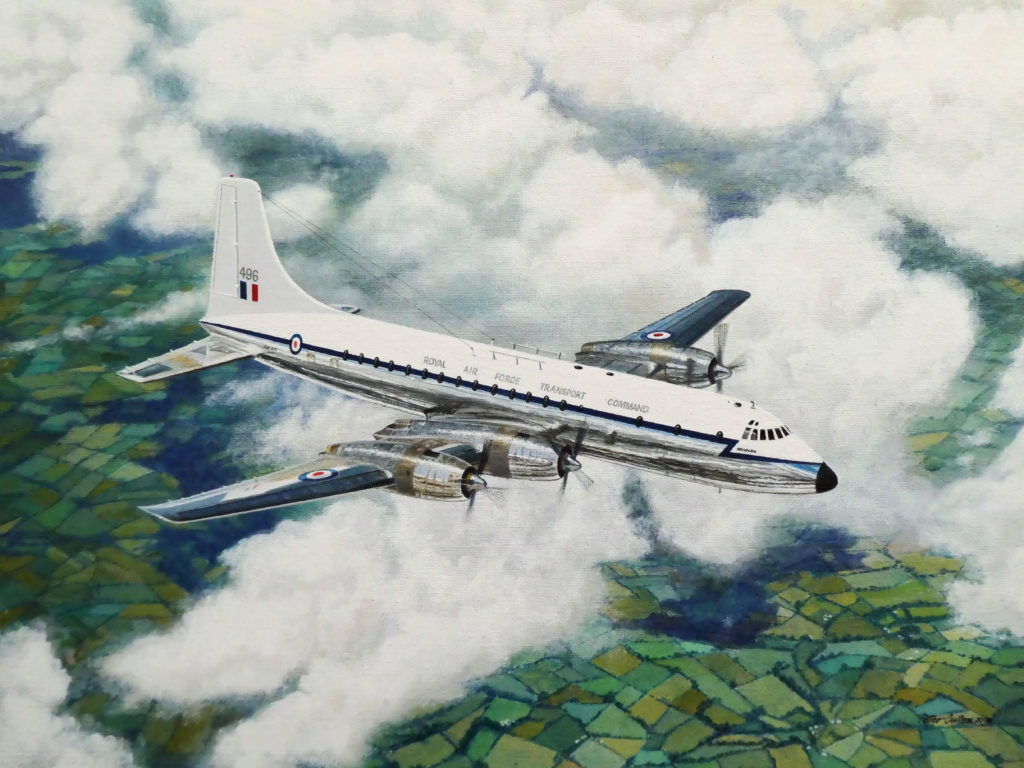 …and continuing the theme of Transport Command 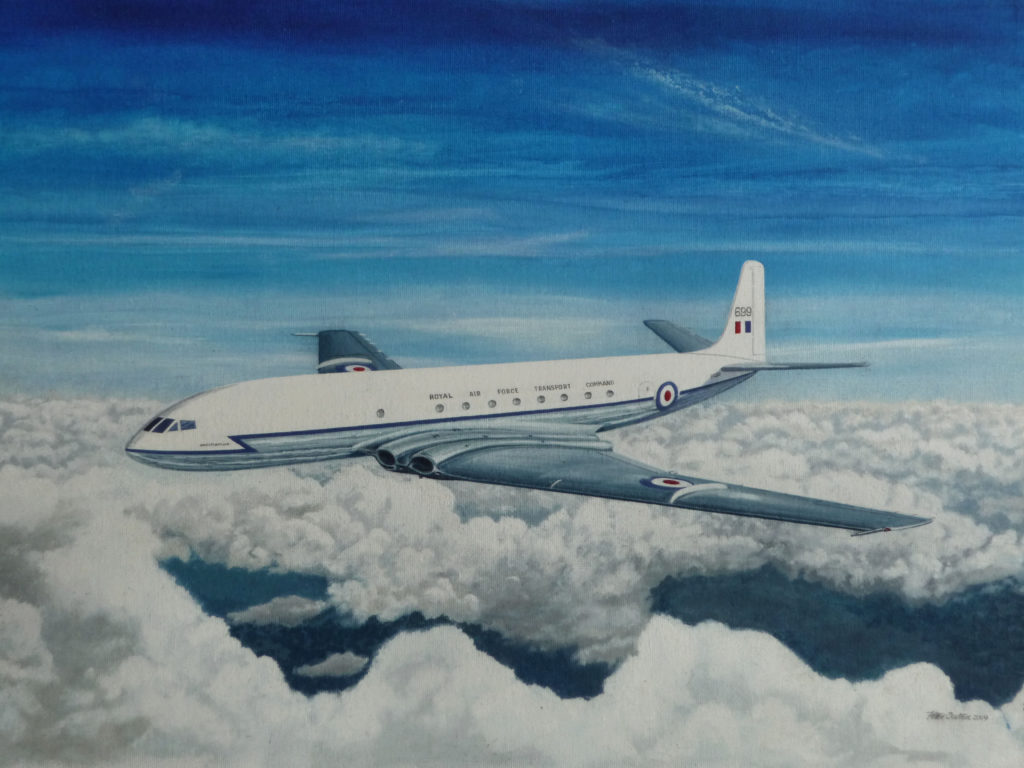 “Hastings Off To Battle” by Peter Outen 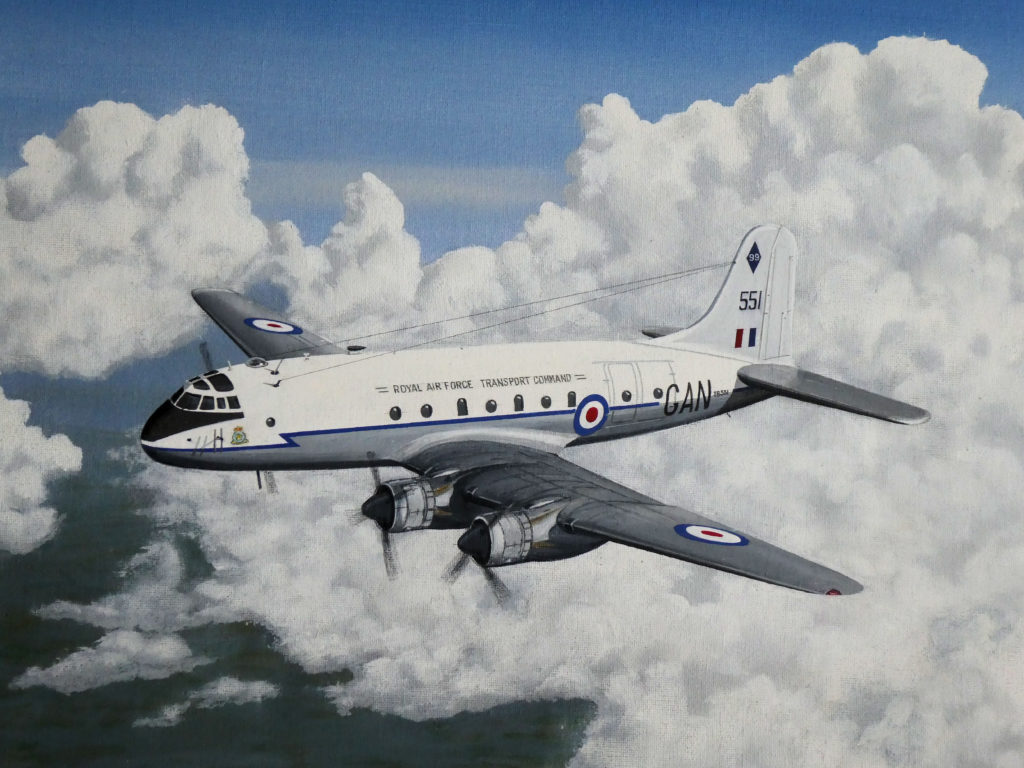 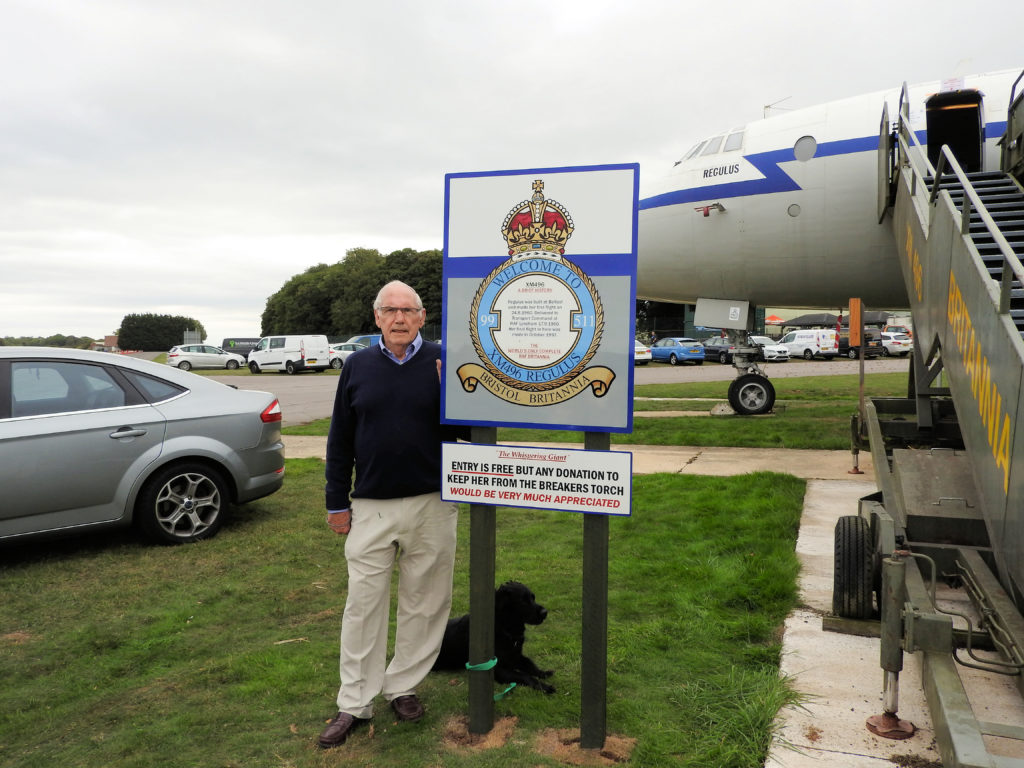 The dog, sadly, was not included with the package!